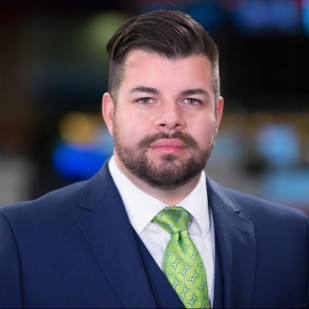 Ben Winslow is a multi-platform journalist for FOX 13 News, breaking news on a number of platforms.

He has covered some of Utah’s biggest news stories in a 20-year journalism career working for newspaper, radio, television and digital mediums. Winslow covers a wide variety of topics from politics to polygamy and is known for “live-tweeting” news events. He also co-hosts the “Utah Booze News” podcast, covering liquor laws and alcohol policy.

Winslow has won numerous awards for his work, including a national Edward R. Murrow award, the Religion Newswriters Association’s local TV news report of the year, numerous Utah Broadcaster’s Association awards and local awards by the Society of Professional Journalists. He has also been recognized by Salt Lake City Weekly, QSalt Lake as the best TV reporter in Utah.