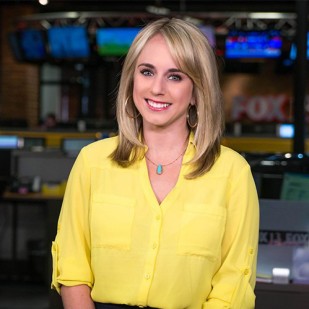 Dora Scheidell joined Fox13 in September 2015 as a weekend anchor and reporter.
Before joining the Fox13 team, she worked as the weekend anchor and multimedia journalist at CNYCentral in Syracuse NY. Before moving to the East Coast, Dora was a multimedia journalist at KRNV News 4 in Reno, Nevada. She was a one woman band: writing, shooting, editing, and reporting. Before moving in front of the camera, Dora spent a year producing the 5pm news at KRNV. She also worked as an assignment editor and a writer in San Diego after graduating with a Communications degree from the University of California, San Diego.
Dora chose a career in journalism because of her insatiable curiosity about people, a desire to learn new things, and a need to connect with others.
After three years in snowy Syracuse, she’s thrilled to be living closer to her family and friends in California.
Already blown away by the natural beauty in Salt Lake City, Dora is excited to explore all that Utah has to offer and hopes to learn how to ski this winter.
Being new to the area, Dora is always looking to meet new people and share their stories. Feel free to contact her anytime at Dora.Scheidell@fox13now.com