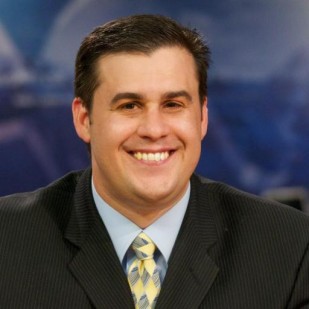 Gene Kennedy is an award-winning reporter known for his “show-and-tell” style of live reporting. Since his career launched in March 2000, Kennedy has earned awards for breaking news, general assignment and investigative journalism.

After graduating from University of Missouri, Columbia in December 1999 with a Bachelor of Journalism degree, Gene started reporting in Davenport, Iowa where he interviewed political candidates such as Howard Dean and John Kerry. Kennedy later moved to Reno for a weekend anchor/reporter position.

During his time in the ‘Biggest Little City,’ he went to Los Angeles for a special behind-the-scenes story about the cable comedy show “Reno 911” where he landed a cameo playing himself in a 2004 episode. To this day, Gene still gets emails from across the country about the appearance. In the summer of 2005, Kennedy landed in Salt Lake City and after seven years in the market, he has reported for three of the four television stations.

His exclusive interview with Craig Gregerson, who murdered Destiny Norton, is among his most significant stories. Other noteworthy coverage includes the Crandall Canyon Mine Disaster, the rescue of a couple trapped in winter conditions in Iron County, the explosion of Josh Powell’s home in Washington state and Elizabeth Smart’s marriage. When Kennedy isn’t reporting, he spends time with his wife Jenni and their son Joey.

Gene also leads a bit of a double-life. He’s an experienced musician who sings, plays guitar, bass and produces local pop music which is currently sold on iTunes and CDbaby.com. Kennedy has played Warped Tour in Salt Lake City and has shared the stage with national acts such as Neon Trees, Unwritten Law, 12 Stones & The Lemonheads.