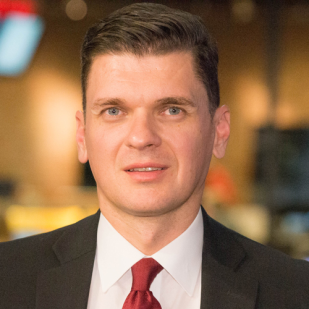 John Franchi joins FOX13 as a Multimedia Journalist.
John joined KSTU after four years at KMTR in Eugene, OR where he served as the evening news anchor. In Eugene, John won an Emmy award for his coverage of the Umpqua Community College shooting. Before making the switch to news, John spent more than a decade covering sports.
When he isn’t covering the news, John likes to spend time participating in Crossfit, traveling and watching classic movies. He is also a proud owner of a rescue dog named Zurg. A native of San Francisco, John is a die-hard fan of the Giants, 49ers and Warriors. He says being able to cover the Giants’ win over the Tigers in the 2012 World Series and the inaugural College Football Playoff game were some of the best experiences of his career.